The history of the Ferrero Group is a story of successes to the third generation, in which the development of a multinational is perfectly combined with the past, present and future of a tenacious Piedmontese family. We have to go back to the 1940s to discover the roots of this success. Those were the years in which Piera and Pietro, Michele's parents, transformed a pastry shop into a factory. The Ferrero 'family was the first Italian company after World War II to open production sites and offices abroad in the confectionery sector, transforming the company into a true international group. These first and decisive steps forward are due to the products "invented" by Pietro Ferrero and his son Michele, then very young. Another key to success was the effective sales network organized by Giovanni, Pietro's brother, who died in 1949. After the company's success in Italy, Michele Ferrero decides to start producing abroad as well. In 1956 a large factory was inaugurated in Germany and shortly thereafter a factory in France. It was the prelude to a rapid expansion of Ferrero in Europe, with the establishment of commercial offices and production centers in Belgium, the Netherlands, Austria, Switzerland, Sweden, the United Kingdom, Ireland and Spain. In the following decades, Ferrero went global, with companies and plants in North and South America, South East Asia, East Europe, Africa, Australia; and, more recently, in Turkey, Mexico and China. During 2015 Ferrero ushered in the dawn of a new era for our company through two important acquisitions. In March, the company obtained final approval to start the integration process with Oltan, today Ferrero Findik, a leading company in the collection, roasting and trading of hazelnuts in Turkey. The second acquisition, in August, was Thorntons, the chocolate confectionery company founded in 1911 in the United Kingdom. Thorntons, with over 3,300 employees, is now part of our extended family. We both have a rich family history and share a strong commitment to delight customers with premium, premium pastry products. Ferrero is now firmly ranked among the top companies in the world for its reputation. This is certainly also due to the Group's social responsibility initiatives. These are summarized in Ferrero's CSR strategy, which aims at the highest quality and innovation, at transparent communication, at the care of the people who have made and make the history of the Group, at the support of local communities, at the promotion of active lifestyles between young people as well as its strong commitment to sustainable agricultural practices and environmental protection. 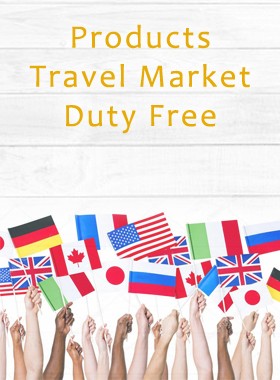